Hi all! I’ve been extremely busy these past couple months, so I just wanted to give a shout out to everyone who visits this site and give you a little glimpse into what’s been going on in my life. First, as you can tell from the headline, I’m now making available for online purchase the two works I debuted at the Museum of Comic and Cartoon Art Festival in April, JETTY #2  and TABE COLLECTION. 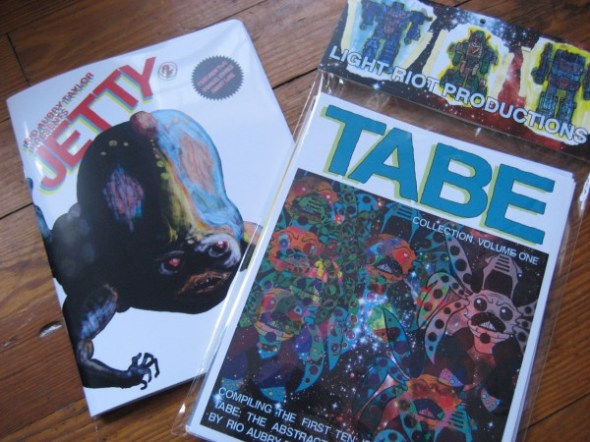 To purchase and check out more info on these works, please visit my ON-SITE STORE ;)

In other news, I’ve finally graduated from the Center for Cartoon Studies! Yes, after two hard years of work I now have a Master of Fine Arts degree in Cartooning. The graduation ceremony was short and sweet, and I’m glad (and a little sad) to be moving on to the next stage in my life. I want to give a special shout-out and thank you to all the students, faculty, and staff at CCS, ESPECIALLY Steve Bissette, Kriota Willberg, and R. Sikoryak, all of whom took me under their wings and showed me the ropes by allowing me to be their teachers’ assistant this final school year. I want to also thank my girlfriend, Maia, for driving a long ways to come and get me in Vermont. And now for some pictures. 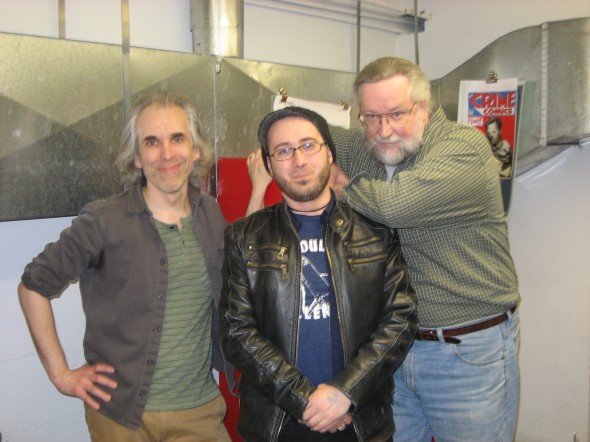 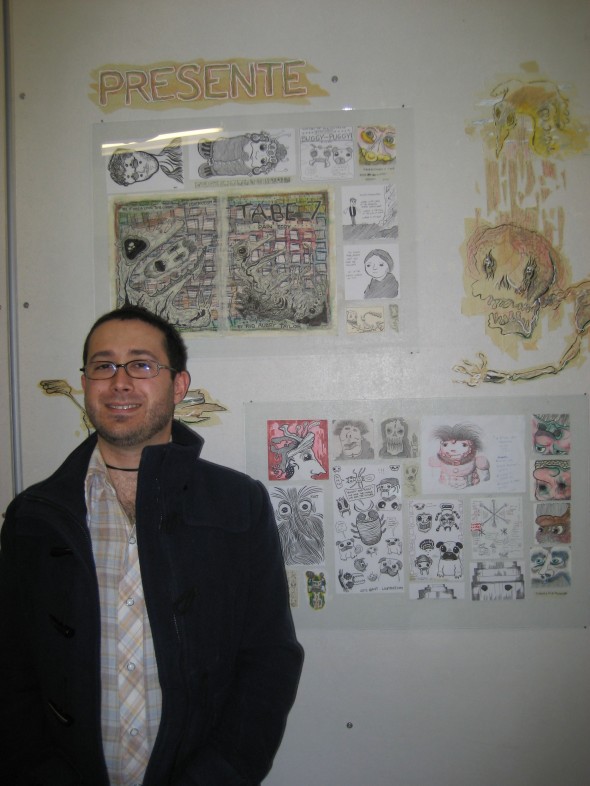 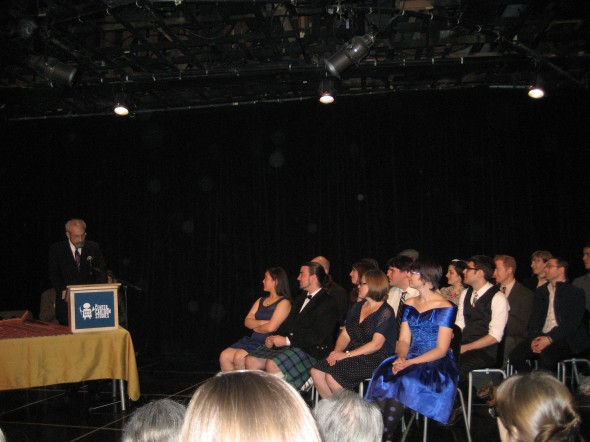 For those interested, click HERE for a full video of the Center for Cartoon Studies graduation ceremony.

Finally, on a somber note, during my last stretch at CCS I heard unfortunate news that one of my best friends had passed away, an old wily pug named Julius. I would like to dedicate this blog-post to him and give a special thanks to my parents for taking care of him in his old age and for helping me to achieve my artist and professional goals. Here is a picture of Julius just after unwrapping his present from his final Christmas on this Earth. 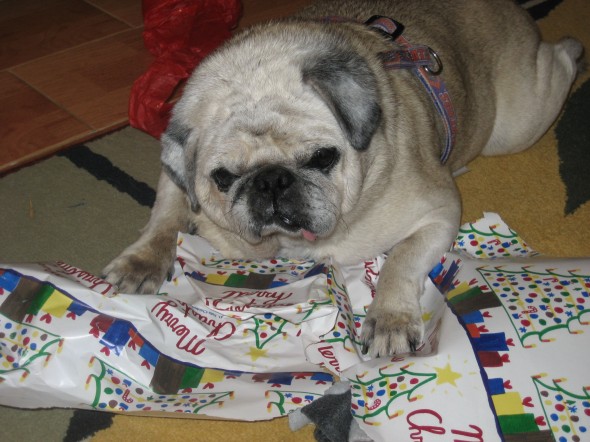 Thank you for reading, and I hope you have a very nice day.

Hi everybody! Just thought I’d post a link to an article that recently appeared in The Comics Journal. It’s basically a scene report on the village of White River Junction, where I live. In case you didn’t know, WRJ is a sort of bastion for cartoonists and other artists, mostly due to the presence of the prestigious Center for Cartoon Studies, which I attend. As you can see, I’m featured in a picture with some other cartoonists playing a board game. Enjoy the article! 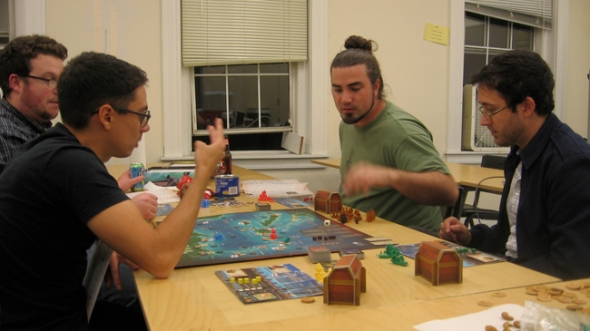 Hey everybody, I hope everyone enjoyed their summer and is enjoying the transition into autumn! I figure I’d take some time in this post to say hi and update everyone on what’s been going on in my life.  This summer has been hectic! I’ve been making still images, working on comics to submit to anthologies, and trying to develop my growing style as far as I can. Additionally I’ve been gearing up for my last year in attendance at the Center for Cartoon Studies, where I’m an MFA candidate. 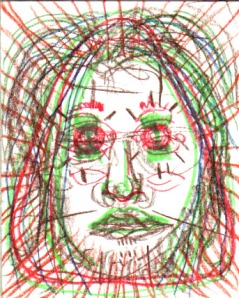 THIS SATURDAY (Sept. 24th) I’ll be exhibiting at the Massachusetts Independent Comics Expo (MICE) in Cambridge, and I’m very excited! I’ll be tabling with friends, and fellow CCS students, Donna Almendrala, Melanie Gillman, and Adrienne Nunez , so stop by our table and say hi! ALSO, the organizers of MICE have kindly written a blog-post to spotlight the debut of my comic, LIGHT RIOT: DEPARTURE. Awesome! In addition to my new comic, my work will also be appearing in TWO anthologies premiering at the show: Hot Tea, Cold Water #3 and the latest from the Trees and Hills collective, entitled Woods. Check them out!

At this point I’d like to sincerely express my thanks to everyone who’s been pre-ordering LIGHT RIOT: DEPARTURE, you all are great! To everyone else, though I’ll be selling LIGHT RIOT: DEPARTURE in person at MICE, it doesn’t go officially on sale online until Sept. 28th. Those following my blog might know that I’ve been having a special pre-order special in which early purchasers get free thumbnail art that I used in creating the comic. As it turns out, when it goes officially on sale online I’ll also have to raise the price by about a dollar, so if you want the cheaper price (and ORIGINAL THUMBNAIL ART) now is the time. Thanks! 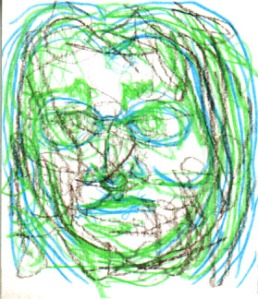 In other news, school started three weeks ago with a bang, and I’ve hardly had time to think! This year I’m working intensely on my final thesis project in addition to serving as a teachers’ assistant to Steve Bissette and Kriota Wilberg‘s Drawing Studio class.  It’s been great so far working with CCS’s first year students and getting some actual teaching experience. Both Steve and Kriota have been extremely kind and supportive in showing me the ropes and generally taking me under their collective wings. I have a feeling many great pieces of art will come out of this experience :)

Okay, I guess that about wraps it up; I’ve got to go get ready for the coming weekend. Thanks for reading, and I hope your Autumn season is pleasant and beautiful. See you at MICE!

Check out this write-up that the guys from Secret Acres did  on CCS after visiting us for our annual Industry Day:

This past week James Kochalka became Vermont’s Cartoonist Laureate (the first of his kind for ANY U.S. state).  In commemoration, he came to give a talk at the Center for Cartoon Studies.  Check out the strip he made about it in his daily comic diary: